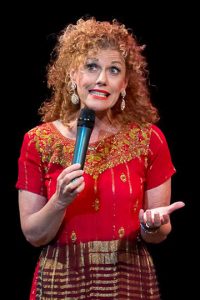 Backed by over 20 years of experience, Leslie Norris Townsend is easily one of the funniest, most entertaining comediennes working today. Leslie 30+ television appearances include Comedy Central, A&E’s An Evening at the Improv, and sketches seen on The Tonight Show with Jay Leno.

As a teenager, Leslie lost her mother to cancer and father to alcoholism. Left to raise her younger siblings, she never lost her positive outlook. She went from food stamps to Star Search grand champion finalist, with $100,000 within her grasp. Devastated that she didn’t take home the Grand prize, it wasn’t until years later that Leslie saw that God had bigger plans. Her dramatic story will motivate and inspire all.

Leslie left behind a promising acting career to create a better life for her children. In the classic fish-out-of-water tale, she moved from Hollywood to rural Ohio to live and work on her family’s 100 year old farm. This only added new material to her already hilarious routines.

Besides being a proud mother, Leslie is also a successful businesswoman. She co-owns Townsend Productions, a 15,000 square foot recording facility in Celina, OH. She brings the same skills to business that has served her so well in life: letting go of ego, making the best of any situation, and good, old-fashioned hard work.

How Much Will It Cost? 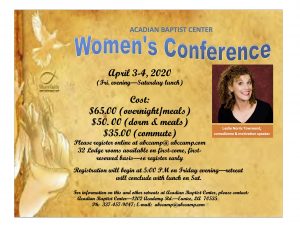 Men’s Retreat: What Kind of Man Do You Want to Be?